Shipments of cellular IoT gateways to reach 8.6 million by 2023 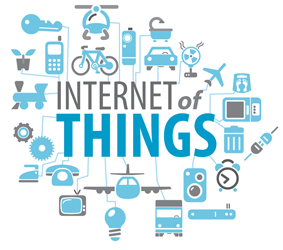 About 3.2 million cellular IoT gateways were shipped globally during 2017, an increase of 22 percent from the previous year. Growing at a compound annual growth rate (CAGR) of 18.2 percent, annual shipments are expected to reach 8.6 million in 2023. Cellular IoT gateways are standalone devices intended for connecting M2M applications to a cellular network. These include primarily general-purpose cellular routers, gateways and modems that are enclosed in a chassis and have at least one input/output port. Trackers, telematics devices and other specialised devices are excluded from this report.

North American vendors dominate the cellular IoT gateway, router and modem market. Cradlepoint, Sierra Wireless, Cisco and Digi International are the largest vendors in North America, whilst Teltonika is the main manufacturer on the European market. Combined, these five vendors generated close to US$ 375 million in annual revenues from IoT gateway sales during 2017. Other important vendors include CalAmp, Multitech Systems and Encore Networks in the US, InHand Networks, Maestro Wireless, Four-Faith, Robustel Technologies and NetComm Wireless in the Asia-Pacific region, and HMS Networks, Advantech B+B SmartWorx, NetModule, Matrix Electrónica, Eurotech, Gemalto, Sagemcom Dr. Neuhaus, Option and Beijer Electronics Group in Europe. A large number of small and medium sized vendors are active on the European and Asian markets, whilst the North American market is dominated by a handful of major vendors, largely due to entry barriers in the form of carrier certifications required for cellular devices in the region.

“The average selling price for IoT gateways remains notably higher in North America compared to the European and the Asia-Pacific markets, primarily due to a higher share of feature-rich 4G LTE devices in the product mix”, said Fredrik Stålbrand, IoT Analyst, Berg Insight. He adds that the carrier certifications in the US create economies of scale and diseconomies of scope, which has contributed to an industry characterised by several large companies offering standardised devices. “Several vendors are now starting to create strategies for specific vertical markets and have even introduced complete solutions including IoT gateways, peripheral hardware and applications as customers become more demanding in terms of product integration”, continued Mr. Stålbrand. Although the North American market experienced the slowest growth globally during 2017, Berg Insight expects that it will remain the largest geographical market in terms of revenues in the foreseeable future.