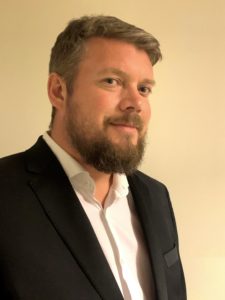 The migration of our old copper-based landline services to smart new digital ones is starting to gather steam but it seems many UK businesses remain oblivious to the changes happening around them – so what can the channel do to help them help themselves?

But despite these relatively short timescales, a worrying number of businesses seem unprepared for the changes ahead. A recent survey by one of our wholesale customers, Zen Internet, revealed close to a quarter of UK businesses weren’t aware of plans to withdraw copper line phone services.

In the meantime we’ve announced 220 exchange areas across the country – covering more than two million homes and businesses – where we intend to move away from our old copper based analogue phone services, such as PSTN and WLR. Those users will move onto our all-IP network, and there’s more in the pipeline.

This applies in areas that receive over 75 per cent coverage via their Fibre-to-the-Premises (FTTP) broadband ISP network. But we’re also adapting our existing copper network to cope with IP based voice traffic, which helps to start the transition even before FTTP networks have become fully available, with a number of products including SoGEA and its Gfast equivalent SoGfast.

Since launching these products at the beginning of last year, our order volumes have accelerated rapidly and we’ve now hit more than 770 orders, and we’re making progress on migration with more than a million customers on IP – a large number of those on SOGEA. We believe it’s a sign that the channel players are gaining confidence in our products.

But what about the many thousands of businesses cited in Zen’s study who are currently unaware of the need to migrate services? Many of them will be potential channel customers. Meanwhile 10 per cent of SMEs say they are aware of the stop-sell on legacy services, but do not know what to do next.

So, is there a mutually beneficial role for those in the channel to do more to help point these businesses in the right direction? We’ve still got a long way to go but we believe this is where resellers can play their part - talking to their customer base and educating them about what they need to be doing to address the different use cases.

A great example of this process in action was the recent launch by telecoms carrier Voiceflex, of their new product SoGEA Voice – which is aimed at broadband service providers that are looking to replace their old traditional landline services with a new IP based solution. This is based on our SoGEA products.

As a reminder – SoGEA is essentially a stand-alone (naked) broadband service for copper lines, which enables customers to take a data only connection without needing a traditional phone (voice) service to be taken.

Voiceflex has realised that some people on copper broadband lines, those who can’t get FTTP yet for example, will still want a home phone service after 2025 when the PSTN is finally switched off. So they’ve developed a SoGEA friendly phone service that ISPs can offer to consumers, which could be handy if the provider doesn’t fancy spending the time and money to develop their own VoIP style phone service for such lines. Indeed, Voiceflex have said they see SoGEA acting as a ‘catalyst for change’ with many other products and services being sold on the back of its implementation.

In talking to industry associations and government we know that there is a great deal of interest in the movement to IP, but there’s also been some scepticism from some sectors about whether legacy kit will work over IP – which is generating some resistance to migration. Importantly, special services sectors (alarms, telehealth, lift lines etc.) are working with us and products exist today or are being developed by those sectors to work over IP.

Engagement with end customers about the use of the lines they have and what is connected to them should enable their dialogue with special services suppliers to determine the equipment’s suitability for connection to IP.

In addition, Openreach is developing a special services test lab where suppliers can perform testing against CP’s IP products in order to assess compatibility.

We know that, in this migration to a brave new digital world, we all face a huge task ahead of us. Now is the time to take advantage of new products and services. And we’re here to help you make this migration a reality and work with you to deliver new products that meet the nation’s demands for decades to come.