7 April 2016 2 min read David Dungay Networks & Network Services
In the latest posting on its Opinion website, Entanet has highlighted five key truths about the rollout of superfast broadband in the UK and underlined the need for improved communications and candour from the Government and industry on the subject. 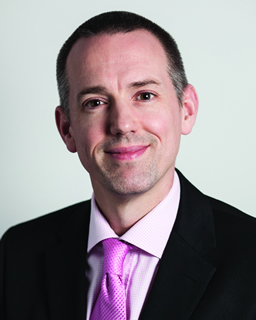 In the article, Paul Heritage-Redpath, Product Manager at Entanet points out that the word ‘rural’ was dropped from the name of the national rollout scheme as long ago as 2014 and that government aims to “provide superfast broadband (speeds of 24Mbps or more) for at least 95% of UK premises [by the end of 2017]” were misleading.

While there has been a publicity campaign to show that BT and BDUK are on target with the rollout, Heritage-Redpath says that “consumers continue to feel duped and disappointed that the reality doesn’t match up to their expectations. And for this, the Government needs to accept some responsibility.”

The article outlines five ‘truths’ about broadband that all buyers and consumers need to understand.

Truth #1 – The Internet isn’t magic that comes out of the air – it is a global network of computers largely connected together by cables. The quality, length and type of cabling used determines the speed at which data can be delivered.

Truth #2 – Geography has an impact – rural communities are more disparately located, making them a more complex prospect to any provider. The rollout of superfast capability will focus on locations with a higher population density so that the difference can be felt by the greatest number at the lowest cost.

Truth #3 – Distance also has an impact on superfast broadband – like its slower ADSL cousin, the infrastructure behind superfast “fibre” broadband is reliant on copper cabling to transmit data between the street cabinet and the connected premises. As outlined in Truth #1, the length of this cabling has an impact on the quality of the connection which means that it’s unlikely that the speeds experienced by those in rural locations will ever match those in urban communities.

Truth #4 – Broadband providers exist to make a profit – suppliers will always be more likely to enable areas that are more commercially viable. This viability is determined by a simple cost versus return calculation and where there is a higher population, the potential return will undoubtedly be greater. Add to this the increased cost for more complex installations and it’s clear that difficult to reach, sparsely populated areas will be less likely to be connected satisfactorily.

Truth #5 – Openreach is a law unto itself – notwithstanding the ongoing conversations with Ofcom, Openreach has a virtual monopoly and as such there is little incentive for it to improve service levels as there is nowhere else for the customer to go.

The article concludes by asking readers to voice their opinions if they’re frustrated by the way in which the Superfast Broadband Programme is being delivered and whether consumers need to be better educated on the provisioning process.