The next generation in active noise reduction is here with 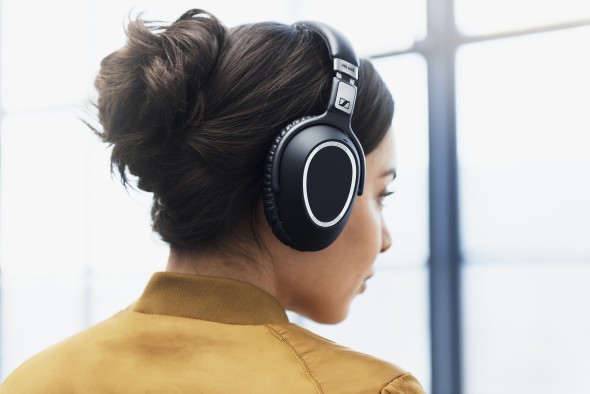 The rise of the modern office has seen the rise of the open plan, and reports suggest over 8 million employees are currently working in open plan offices in the UK. These bustling hubs encourage collaboration, promote interaction and innovation as well as a more efficient use of space, but ask any worker who spends their time between calls and face to face meetings and they will tell you they have their drawbacks as well.

A survey of over 1,000 office workers conducted by YouGov, Savills and BCO, reports that the vast majority (75-80 per cent) of respondents place high importance on noise levels, and just 45 per cent are satisfied with noise levels in an open-plan environment. This is a particular problem for knowledge workers. The Dublin Institute of Technology conducted a survey of 150, and discovered that 63 per cent of those who worked in an open plan office said it had a negative impact on their concentration and ability to focus. On the flip side, independent studies of businesses that employ a form of ‘sound masking’ show productivity gains of between 8 and 38 percent, as well as stress reduction of up to 27 per cent, and job satisfaction increases up to 174 per cent.

To address these issues companies are fighting back by using ANC – active noise cancellation, a technology that uses a dedicated microphone to pick up ambient noise and digitally erase it from the audio that reaches the listener. It’s effective, but can result in a listening experience that’s not flexible enough to cope naturally with a wide range of differing environments.

With the MB 660, Sennheiser is taking ANC to the next level. As its flagship model and the new gold standard in professional ANC headsets, the MB 660 is specifically designed for busy offices and can offer serious benefits to many people such as knowledge workers. It features all-new hybrid adaptive ANC, which constantly monitors the surrounding environment for ambient noise and seamlessly adapts the level of noise reduction in the headset. For anyone who has experienced the tiring sensation of being ‘stuck in a barrel’, a common side-effect of standard ANC headsets, the MB 660 can ensure even longer calls remain comfortable. 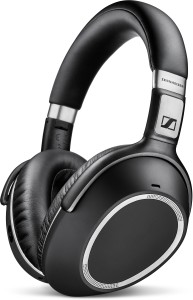 And that’s not all. Advanced Own-Voice-Detector reduces background sounds – the fevered tapping of a keyboard, rustling of a notepad or squeaking of a chair, for a professional and uninterrupted call experience, and Sennheiser’s Room Experience technology externalises the sound from the user’s head, providing a natural, more comfortable experience during a call. For those who want even more control, adaptive ANC can be fine-tuned with CapTune, Sennheiser’s Red Dot award winning app that offers a customised listening experience and firmware updates. Personalised sound doesn’t end there, with three preset effect modes – Club, Movie and Speech, for optimised high-quality stereo audio and CD-quality streaming, and a Director mode can be further individualised in meet personal preferences.

Though packed with features, the MB 660 is a breeze to use. Simple swipes and taps on the earpiece offers instant call and media control, with a double-tap disabling ANC to make it easy to tune in to those around you without removing the headset. And with pillow-soft leather ear pads designed from Sennheiser’s own research into ear shape ergonomics, you won’t be looking to take it off unless you have to.

“The modern open-plan office has brought a new dimension to the workplace, allowing for fast, flexible collaboration but leaving many workers in situations where noise and distractions can have a negative impact on their day,” said Sennheiser’s Jane Craven. “The MB 660 lets you ‘reclaim your office’. Intuitively automatic yet infinitely customisable, it’s the next generation of office headset technology and puts people back in control of their workspace.”