15 July 2019 David Dungay Networks & Network Services
The auction process for KCOM has finally come to an end with MEIF 6 Fibre, an investment fund managed by Macquarie Infrastructure and Real Assets (Europe), emerging as the winning bidder with an offer of £627m.

This accepted offer is more than £100m over the initial reported bid from Humber Bidco, a subsidiary of Universities Superannuation Scheme Ltd (USSL), who offered £504m in April.

An auction process was launched on 7 June to determine the outcome of the takeover.

Last Friday, 12th July, USSL made a last ditch attempt to secure a deal with a 113 pence per share offer, valuing KCOM at £589m. However, MEIF 6 Fibre was the winning bidder after upped its offer to 120.3 pence per share to win the deal.

The KCOM directors have unanimously recommended that shareholders vote in favour of the MEIF 6 Fibre offer when the court and general meeting are reconvened. 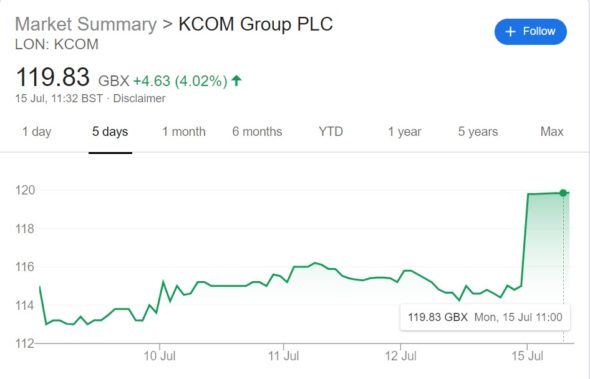