28 June 2019 David Dungay Financial Services
Orange has announced it relinquishing its stake in BT Group of approximately 248 million shares, representing around 2.5% of the share capital, through a private placement.

BT Group have bought back £80 million worth of the shares.

The Share Placement was targeted at eligible institutional and qualified investors. Of the total sold shares, around 41 million shares have been acquired by BT Group plc. The settlement of the Share Placement is expected on 2 July 2019.

Orange Group originally acquired its stake in BT when EE was acquired in 2016. BT's share price has risen slightly on the news this morning although is still trailing yesterday's closing price.

Citigroup Global Markets Limited is acting as Sole Bookrunner for the Share Placement. 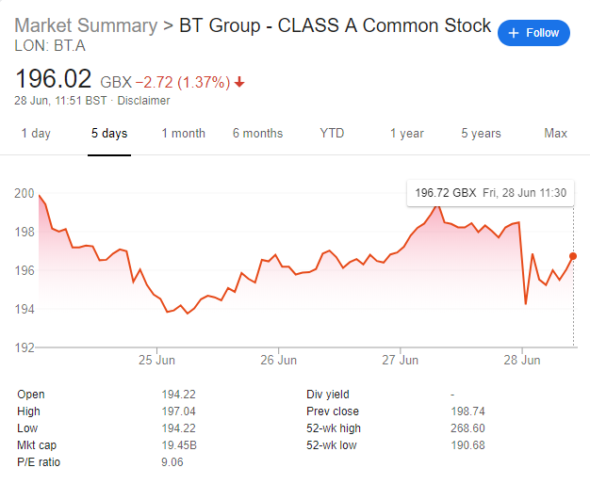